Ready To Jump Onto The Bandwagon? – Zeeko® - Linkedin Experts Ready To Jump Onto The Bandwagon?

30 Oct Ready To Jump Onto The Bandwagon?

LinkedIn now has over 500 million members.

According to Business Insider Intelligence, TechCrunch & Fortune, LinkedIn has officially crossed the half-billion user mark in 2017. Since they were founded in 2002, they’ve continued to grow their user base year after year. 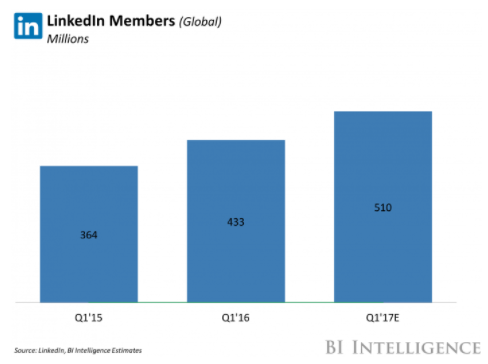 260 million LinkedIn users are logging in each month.

LinkedIn’s monthly active user base reached 260 million in March 2017. That’s almost 2.5x the 106 million monthly active users last reported in 2016. This number comes from research conducted by web usage company Apptopia and has not been confirmed by LinkedIn.

Of those using the platform monthly, up to 40% are accessing it on a daily basis. If that is the case, that’s over 100 million professionals you could be targeting every single day. To make that even more excited, LinkedIn users typically use the platform to find relevant content, meaning they’ll be much more willing to check out what you’re sharing. We’ll dig into that one soon though…

If you think 500 million is enough for LinkedIn to sit back and celebrate, you couldn’t be more wrong. LinkedIn CEO Jeff Weiner has said he wants LinkedIn to be the home of all working professional across the world, and be the central hub for every job posting across the estimated 70 million companies worldwide. As of right now, that number works out to around 3 billion people. They’re not done hustling.